Craigslist is Still a Player in Job Recruitment [News]

In the late ’90s, and early 2000s, young upstart Craigslist began to systematically take out traditional classified sections across the world with its simple, online classifieds platform. Craigslist was quite the maverick: Not only was it transforming the newspaper industry by letting people take ads out for free online, but it also changed the recruiting game by allowing job postings. Fast forward to today, and old geezer Craigslist is largely ignored by recruiters, left behind by more modern channels for recruitment, such as LinkedIn, Indeed, and Monster.

However, rumors of its absolute demise have been greatly exaggerated. Craigslist today still remains a vital part of the online recruitment industry, and to ignore it would be to lose out on a large base of potential recruits.

Take advantage of free recruitment channels easily with Talentify. Reach out today to get a free demo.

Here’s why Craigslist is still relevant in today’s job market:

Money is always an enormous factor in nearly every industry. Is it so surprising that it also plays a part in the continued prominence of Craigslist?

The main reason why Craigslist is still relevant is its low price relative to its competitors. It’s simply a lot cheaper to post a job advertisement on Craigslist than, say, LinkedIn or Indeed.

Prices vary depending on the specific city that you want to post your job in – which makes sense when you think about it. A job in New York has much more value than a posting in a rural location somewhere in the Midwest. Currently, the price of job postings range from $10 to $75.

With just a flat fee paid upon creating the job posting, Craigslist is upfront with the amount of money that you need to pay. Talented recruiters continue to take advantage of the low cost of Craigslist.

Finding a broad range of candidates

While it may be hard to believe, some people looking for jobs still use classifieds – both online and offline. This is in contrast to job recruiters, many of whom have abandoned advertising using Craigslist entirely.

Craigslist is especially helpful when it comes to finding lower-level or blue-collar employees. But that’s 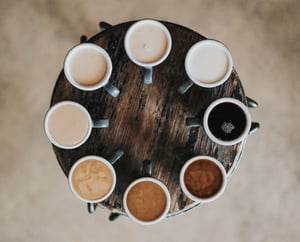 not to say that only blue-collar workers search through online classifieds. In fact, even for white-collar jobs, many companies are missing out entirely on a huge talent pool of people by refusing to advertise with Craigslist. While you may have to sift through a few bad candidates, Craigslist still retains a huge daily user base – not all of them are low-level factory workers.

The wider you send out your net the better: When used with other recruiting sites, you can find a broad arrange of candidates from diverse backgrounds from Craigslist.

It’s easy to use

Another important aspect that is keeping Craiglist relevant is its ease of use and the high level of customization allowed by the platform.

It’s what made Craiglist so popular in the beginning of its run. Even today, companies are able to easily customize their job posting, adding pictures, a landing page, video, and as complete a description of the job as possible for applicants to peruse.

At 25 years old, Craigslist may not be the titan that it was in the job recruiting industry, but its existence clearly shows that there is still value to the website.

Simplify your recruiting efforts by making use of programmatic tools like Talentify, which can help you leverage free listings to save you money. Sign up for a demo today.

Christopher Hopkins is a marketing specialist at Talentify.io, a mobile-first Results-as-a-Service recruitment platform that helps recruiters reach and attract modern-day job seekers. He lends nearly 20 years of expertise in using online tools to finding valuable data, bringing people to the information that they need. He spends his time sharing what he's learned in order to help people to improve their hiring practices and enhance their recruitment strategies. When he's not doing that, he's fencing, cooking, or looking too deeply into dumb movies and smart comics.

Talentify puts your  recruitment marketing on autopilot and is the easiest way to find quality candidates at scale. We create the vital connection between job seekers, advertising channels, and applicant tracking systems to ensure more of the right people end up on the right jobs for your business.